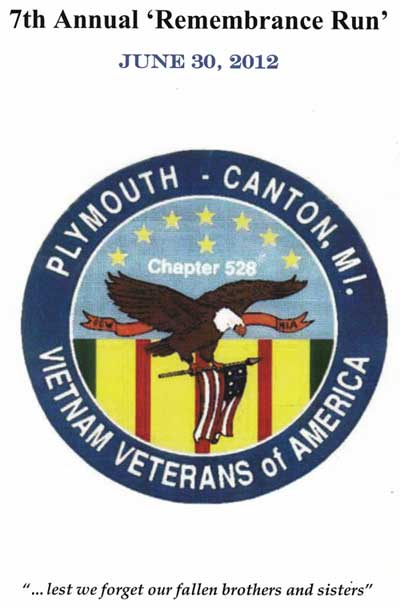 "We held our 4th annual Remembrance Run to honor our deceased Chapter 528 Members and their spouses on Saturday, June 5th. We left the VFW at 1:00 p.m. and made the 1 mile journey to Riverside Cemetery to the resting place of our brother, Rick DiVeto. Rick was a fitting choice as he was our chapter's founding president and this year is our 20th anniversary. We read the names of all our deceased members and their spouses, had an honor volley and TAPS was played." Bob Lamoureux. Photos by Tom Brown

Chapter members with their motorcycles

More of Chapter 528 Members and their bikes

Members in front of our Michigan State Capital Building

Thanks Ted for the photos!