Al Kerbyson was there in spirit. It was my honor to represent him at the event.

Pat Daniels, 4th Infantry Division, 101st Airborne read the "Roll Call" of the POW's and MIA's. Pat wore a MIA silver bracelet of Capt. Douglas D. Ferguson, USAF, on his wrist for over 40 years. Several years ago he contacted the family of Capt. Ferguson in Tacoma, WA. About the bracelet and told them that he would wear it until he came home. When Capt. Ferguson's body was found, his sister, Sue Ferguson requested that the bracelet be buried with him. Pat kept his promise and also had a memorial dedicated in his honor because of the connection he had with the family telling them that he was part of our Michigan family.

Afterwards, there was a Rifle Salute and the playing of Taps. It was a very moving tribute and reminder of those that have not come home.

God bless these brave men and women. We must never forget their sacrifice. 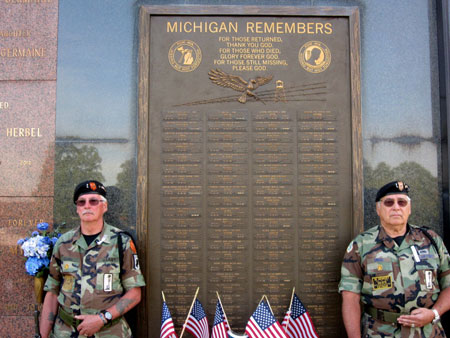 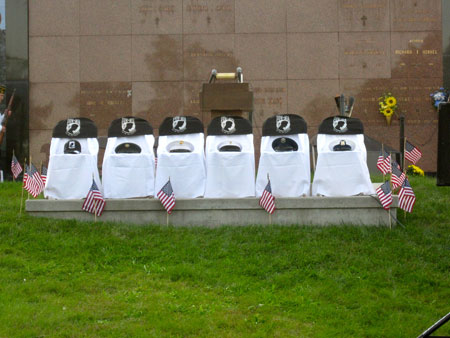 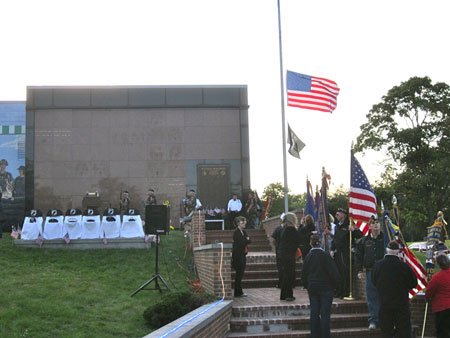 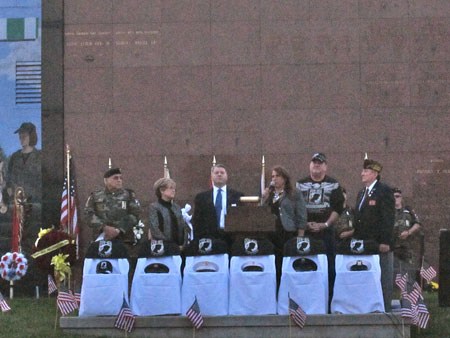 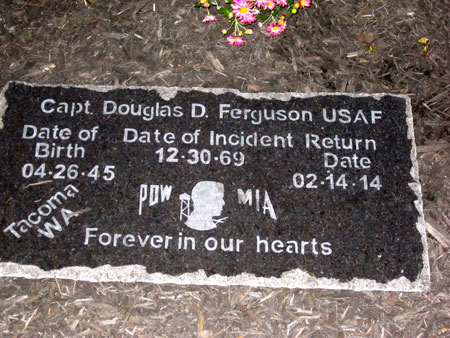 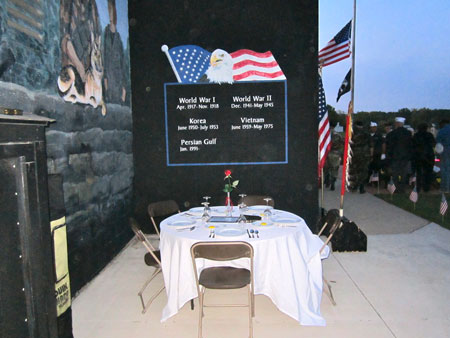