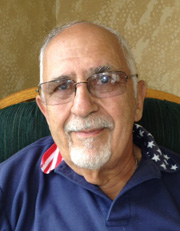 1962 I was commissioned as a 2nd Lt. in the Air Force as a Motion Picture Officer. (yes there is such a classification). I was assigned to Wright-Patterson AFB in Ohio to the office of Commercial Film Production. I was just married after college graduation so we were newlyweds. The office of Commercial Film Production was responsible for the production of training and technical films for the Air Force as the Air Force had no internal motion picture production facilities for these type of films therefore they were contracted out to civilian motion picture studios. I was assigned as a Production Supervisor for films that were contracted out to these studios. This office had several civilian employees as well as a few officers. There were not many officers qualified for this position. It was my job to oversee the writing of scripts, arranging for technical experts from the Air Force to insure accuracy of the information, the filming on location, editing of the film, and final acceptance of the finished product for the Air Force.

Since the location of civilian studios were mostly located in New York City, Miami, Chicago, and Los Angeles, it was my job to travel to these locations and work with the studios to make these films. (Now I get back to why I mentioned I was a newlywed). I normally was working on 4 to 6 different films at the same time. None of this work was done at my active duty base of assignment. They were worked on at the studio locations and locations where filming had to be done. This resulted in me being assigned Temporary Duty to the above mentioned cities and filming locations, on the average of over 200 days per year. I would only return to my active duty base to finish travel vouchers and get new expense advances to leave again. I traveled commercial air to all of my locations, lived in hotels, ate in restaurants, and rarely saw my wife for the first two and 1 half years of active duty. I rarely wore the uniform unless I was on a military installation and had no contact with other military except those in my home office where I spent very little time. I knew the people at the studios better than those in my office at WPAFB. As you can imagine this was not the best environment to hone my military leadership skills.

My military obligation to the Air Force expired after 3 years of active duty. I had job offers from almost all of the studios I worked with. It was time to settle down and be with my wife. Before the end of my 3 years of active duty, late 1964, I received orders to go to Vietnam as Commander of all the Air Force Combat Photographers in Southeast Asia. To make matters worse…I was the only officer in this unit…my only supervisor was in Hawaii. My mission was to document the air war in SEA.

At this point I'll start my summary of what I did in Vietnam. If you are not yet shaking your head and laughing…it will come. Was I prepared to do this? Stop and think…I had never supervised any enlisted personnel, I had never done any aerial photography, I had never even eaten in a military mess hall on active duty, and had never even wore the fatigue uniform. The Air Force was just reorganizing and establishing it’s combat/photographic efforts and I guess I was about experienced as they had. The Air Force photographers documented the atomic bomb testing, had gun cameras on attack aircraft, produced training films commercially, but had no one to document their air war efforts. Now it was time to do it.

I was assigned to Tan Son Nhut Air Base outside of Saigon. I had people at Operating Locations at Bien Hoa, Pleiku, and Da Nang in Vietnam, and Korat and Takhli in Thailand. My people were divided almost equally between still photographers and motion picture photographers. We were all designated as Air Crew members as we were required to fly on and photograph strike missions in aircraft that had a seat available. We were also responsible for putting camera pods on strike aircraft. The camera pods held 2 high speed motion picture cameras, one forward and one aft looking to record approaching the target and to record the target after ordnance release. The pods also had 2 sequential still cameras, one fore and one aft to record the same thing in still photos.

The Pentagon had high interest in these films to see the effect of strikes on various targets. This put great pressure on us to get the film, process it and ship it to the Pentagon as fast as possible. These were the days before digital photography that could be transmitted electronically without the need to process it. This did not make us too popular with the local units who flew the missions and 2nd Division Air Staff, all who also wanted to see the results of the air strikes but the Pentagon demanded it go directly to them. Try being a 1st Lt. explaining to MACV and 2nd Air Division Flag Officers why they could not see the film of the strikes until many days later. The units flying the pods on their aircraft didn't like them because they had to return to base with the pods on their aircraft after their ordinance was expended. This created additional drag which used additional fuel that they depended upon to return to base. I wasn't too popular with these folks.

As I mentioned, I was the only officer in this Air Force organization in SEA. I had about 20 people assigned to me. You do the math. Still photographers, Motion Picture photographers, camera Pod technicians, 7 locations in Vietnam and Thailand. Sometimes there was just one of my people available at a location. These were the days before the internet. Just making a land line phone call was difficult and I had to make sure everyone was doing his job. Just to visit all the locations, talk to my people and then talk to the unit’s operating there, would take the better part of a month. That was not all.

MACV had the policy that unit commanders would be billeted in specific locations. Many were in town off the base. Who did I get to share my room? He was the commander of Ranch Hand. 1.) He couldn’t believe that as a 1st Lt. I was the unit commander.2.) He always wanted me to fly with his unit to do photography of his mission. For those of you who don't remember Ranch Hand, these were the guys that sprayed Agent Orange. The VA just announced that crews who flew and worked on the aircraft used by Ranch Hand were determined to be exposed to it. Consider wading through Agent Orange that was spilled while loading and then being in the aircraft during a mission with the rear cargo door open and getting the blow back of the spray inside the aircraft. Yep, I was lucky enough to do that. On top of that, 4, C-123 aircraft, flying in formation, at treetop level, slow, just above stall speed, is a target very few VC could miss. "Patches", one of the aircraft of the Ranch Hand unit, became well known because of its' affinity to attract ground fire. Crew members painted a target on the nose of the aircraft as it had so many ground fire hits. Patches is now in the Air force Museum at Wright-Patterson AFB. It had over 700 holes from ground fire during it's time in Ranch Hand, therefore its' name. I flew several missions in “Patches” at the request of my roommate.

My tour in Vietnam was interesting to say the least. Early on my arrival in November 1964 I had to attend the wedding of Nguyen Coa Ky, Vice President of Vietnam as a representative of the U.S. Air Force. (He also wanted photography of his wedding). December 1964, had to help arrange and photograph Bob Hope shows for the troops. The above mission work kept me extremely busy without the rank or manpower to do many things. September 1965 gave me some hospital rest after being wounded. I rotated back to CONUS November 1965 and was replaced by a LTC and a staff of 3 officers and many more cameramen. Air force Combat Photography had an official start. I was then assigned to Hollywood's Top Secret film studio…but that is another story.

Finally after 4 years of varying separations my wife and I were back together as we are today after 53 years.

Here is a "Story from the Nam"
Don Dignan

I can see myself (or smell myself in my five day old fatigues) sitting on the sandbags of my sleeping position behind our foxhole at NDP Normandy II near Claymore Corners, Hwy 1 and Hwy 13 in III Corps. I'm holding a paper plate with mashed potatoes, waldorf salad, stuffing, rolled turkey, pumpkin pie. They brought all this sh-- out to the field to dress up Christmas. We also got one beer a man....1st Division was generally not allowed beer in the field. I'm sure they were playing Christmas carols on AFVN. The meal came with a menu and Christmas greeting from General William Westmoreland which I still have. I think the effort made everyone miss home all that much more. There may have been a proposed "ceasefire" for Christmas, I don't recall. Earlier in the month, they "randomly" picked four EM's and one NCO to fly into Lai Khe to see Bob Hope. I had seen him many times in the past on TV and was hoping against the odds but, alas, I was not one of the lucky ones. One of the guys I served with who currently lives in FL attended the show. They had S & D patrols and ambushes set out around Lai Khe for days ahead of time. Charlie was not going to be f---in' with Bob Hope. He was a true American Patriot, unlike so many of these ungrateful pampered pricks of today's Hollywood. There are a few good guys in Hollywood today but not nearly enough. A few days later my Platoon leader and I went into Di An to pick up, count out and disburse the entire Company payroll (the Company returned to our base camp for a couple day stand down) to the troops because the XO was on R & R. All pay was in MPC (military payment certificate...I always thought it was post currency), always in paper, in denominations from 5 cents up to $10. This was tedious, boring and very time consuming. Happy Holidays ! A month later, the Tet offensive kicked into gear.....wahoo!